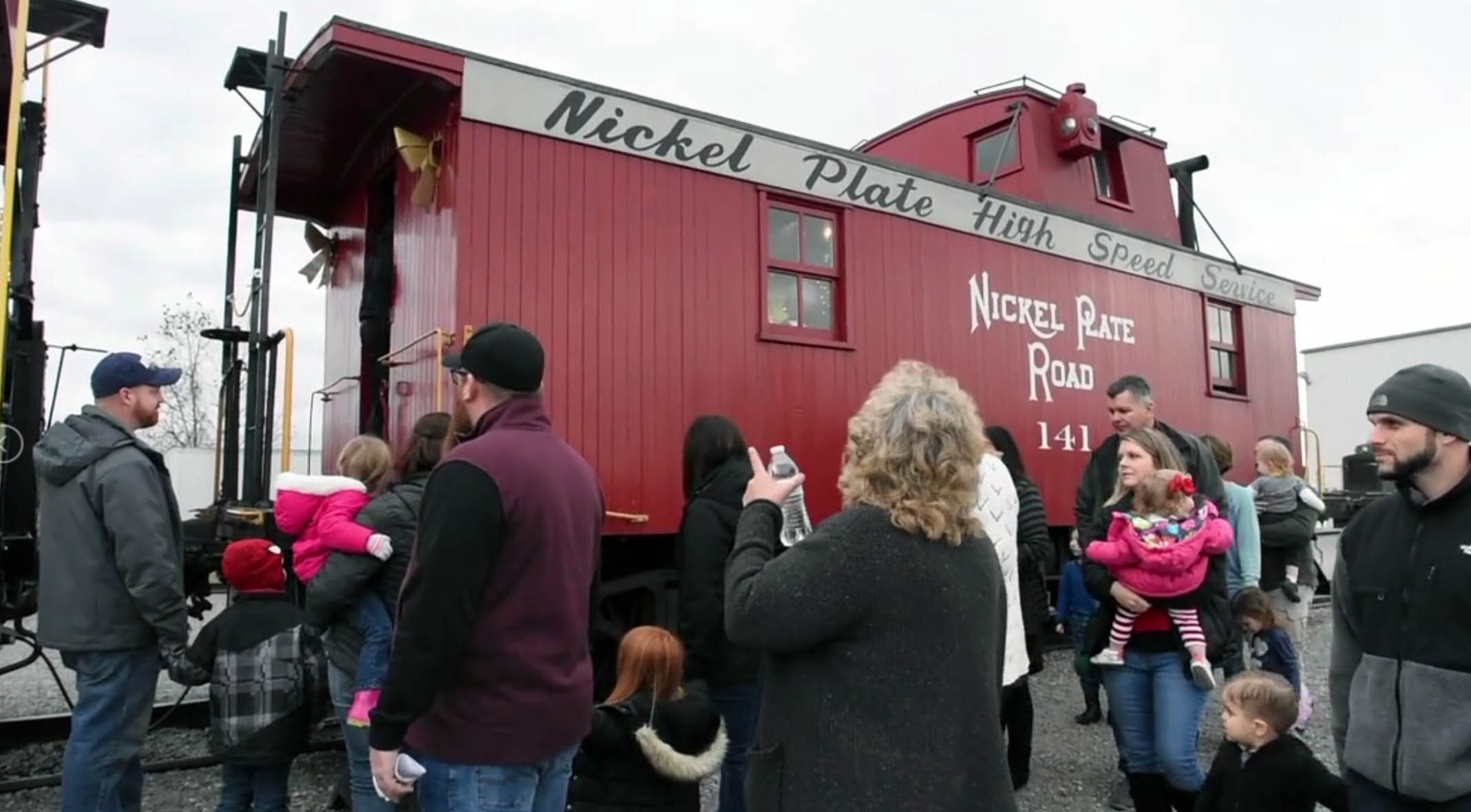 Kelly Lynch has seen thousands of children walk into Santa’s workshop, the last stop before boarding the Santa Train. The vice president of the Fort Wayne Railroad Historical Society estimated that nine in 10 kids react the same way: “They say, ‘Wow!’”

And that’s even before meeting the guy in red.

This marks the 17th year the volunteer organization has welcomed families to the countryside east of New Haven to meet Santa Claus, share their wish lists and pose for photos during a short train trip.

About 6,000 people made the journey this year over three weekends, Lynch said. Today is the last day for the event, which has been sold out for weeks.

“The boys have loved trains forever,” she said of the oldest cousins, including her son, 4-year-old Vance. “All three of these are train fanatics.”

Bob Wilkins, one of the children’s two grandfathers along for the ride, declared the trip a success.

“Trains are always fun,” he added. “It’s amazing how people volunteer to do this.”

Tom Nitza was one of those volunteers. The long-time society member was the conductor on this particular locomotive jaunt.

“I think this is a much nicer way of meeting Santa than going to the mall,” Nitza said. “You get to spend a lot more time with him.”

Santa led the children in singing “Jingle Bells” and “Rudolph the Red-Nosed Reindeer.” When he invited the children to sit on his lap, they were more than a little apprehensive.

But, much to everyone’s relief, no tears were shed and lots of photos were eventually snapped.

Len Gillian, another longtime volunteer, described himself as “a train nut.”

Over the years, he’s seen children react to Santa with everything from shyness to boldness. Many are overwhelmed by being so close to someone they’ve dreamed about for years.

“It kind of depends,” Gillian said. “Some are eager.”

As families await their turn to ride, they can get hot chocolate from Amanda Lee Coffee, a local coffee truck; shop for souvenirs; color Christmas-themed pictures; and tour the No. 765 steam locomotive, which is on display inside the maintenance building the Railroad Historical Society calls home.

Lynch hopes that won’t be true for long. He’s been among the staunchest supporters for the proposed Headwaters Junction development.

Headwaters Junction Inc. partnered with Continental Property Group and Design Collaborative to envision a mixed-use, downtown development that would house the No. 765 steam locomotive with a roundhouse, amid other attractions on the North River property.

The partnership’s proposal for the site was the only one received by city officials, who are working with a consulting firm to create a comprehensive plan for the North River property and the Riverfront Development.

Lynch, who wears an authentic conductor’s hat and uniform as he greets guests, is eager for the operation to move to downtown Fort Wayne, where other businesses can benefit from the influx of visitors.

“We’re in the entertainment business,” he said of creating a memorable experience for children. “It’s all about making everybody feel how you feel about it.”

Bryan, his wife and their brood of five stopped by to visit the 765 on Saturday even though they didn’t have tickets for the Santa Train.

Bryan Cianciotti, who works as a conductor for Norfolk Southern, said the steam engine’s controls are “not one bit” similar to the ones he operates on a modern train.

But, he said as he stood in the cab with his oldest son, “there’s something about a steam locomotive – seeing everything move on it, the sights, the sounds, the smells.”