A young mother and her son sit at a Taylor Street railroad crossing, a little upset about having to wait at the crossing. The boy however, is enjoying the delay from the trip to the dentist’s office. Suddenly, both mother and son are interrupted by a familiar sound. Out of the mill comes a little, barking steam locomotive, heavy train in tow. The boy can hardly contain his excitement at the site of the little steam engine. As the train passes, the smiling engineer gives the family a wave and a short greeting from the whistle.

The year is 1957, and steam across the nation is a rarity, save for a few railroads like the Nickel Plate and the Norfolk & Western Railway. A few smaller companies also maintain steam because they are unable to afford the new diesel locomotives. The little steam locomotive in Fort Wayne on Taylor Street is one of those small lines still operating steam in regular service in 1957. However, that was not to last. 1957 would be the last year the little 0-6-0 switcher would see steam.

Fast-forward to present day, 2013, New Haven, Indiana and the little engine finds itself the last of her kind, but safe from the torch. Wabash B7 class 0-6-0 switcher no. 534 is currently undergoing stabilization and restoration assessment by some of the youngest members of the Fort Wayne Railroad Historical Society.

So far progress has been slow but productive. If you were to compare a photo from 2009 and 2013, you will find the engine looking much cleaner and a bit shinny in some places. Much of the firebox has been painted as well as the fireman’s side of the boiler. Between June and November much has been done on the engine. The first three weeks were dedicated to cleaning the engine and becoming familiar with the project. The smoke-box was full of rusty crumbs from the smoke-box door’s insulation. Rodents and other pests had to be evicted from the engine in order for the crew to proceed with the restoration.

Once 534 had been cleaned up a bit to allow some painting to begin, paint found its way onto the rusting metal at a fairly quick pace. The results of our efforts made itself clear when the rain began falling mid season. Instead of soaking into the metal, the water simply slid off the sides of the boiler and back down onto the ground, or found its way back onto still unpainted areas of the boiler.

When the weather did not permit painting, the crew managed to find small things to do around the locomotive. The rods and other moving joints were cleaned and oiled, parts inventoried, and the frame inspected. These brief respites from painting provided plenty of educational experiences for the crew. Each inspection revealed a new area of 534 needing attention.

One of the biggest issues found during the many inspections was the damage caused by some unfortunate crane handling at some point in the engine’s history. Nearly every leaf spring has a crack in them, and some are broken entirely. One of the rods on the engineer’s side of the engine is bent upward. The running board is rusted clear through in some areas; it’s a wonder http://www.snortrescue.org/online-flomax that you can still walk on it! One day, while oiling around, I got to further inspect 0-6-0 #534. Quite a lot of interesting mechanical details! Each part tells its own story in the overall story on the life of Wabash #534, “Nancy”.

At some point in time Nancy’s frame had cracked, either from a collision or a lot of stress, and was repaired. This affected other areas of the locomotive, and you can see a lot of scrapes, dents, and little markings from shop employees long since passed. Mother Nature has also left her mark on Nancy. Years of exposure to rain and snow mixed with the acidic ash, which had not been cleaned from the ash pan, caused erosion of the ash pan itself and ate away at some of the pipes. The weather has also seized hundreds of nuts and bolts, which will require a lot of work to repair, and some will likely have to be torched and replaced. Much of the brake rigging is still in place and seems to have the ability to work with a bit of cleaning and restoration of the braking system. As for the Valve gear, some of the oiling points are missing their caps and I hope the oil poured into them will seep its way through the valve gear to keep it from seizing.

All in all it is very cool to have the ability to get up close and personal with the B7 #534! Hopefully we can give her a serious clean up and return her to museum quality!!  The good news is that every one of the problems that have shown up is all repairable or replaceable. This is why we began the restoration.

Wabash no. 534’s restoration is meant to serve as an educational locomotive for the younger members of the society not yet aged enough to legally work on Nickel Plate Road no. 765. The young crew can learn about locomotive maintenance by getting up close and personal with the engine. Parts must be cleaned and inventoried, blueprints must be properly read for proper replacement parts, and safety is practiced on a regular basis.

The most interesting fact about “Nancy” is that she was the very last Wabash steam locomotive to see steam, having dropped her fire the very day the engine was donated to the city of Fort Wayne, Indiana! Wabash 2-6-0 no. 573, the second and oldest surviving Wabash steam locomotive, retired around 1956, a full year before 534. Both locomotives survived the scrapper’s torch through second hand use, with 573 running on a branch that could not support the weight of the new diesel locomotives; and 534 survived through the sale to Wabash’s subsidiary Lake Erie & Fort Wayne railroad. Interesting enough, 534 was sold to the LE&FtW for $1,500, in 1954!

If you would like to help, feel free to stop by the shop and lend a hand! There are stories you will learn that will make the little switcher take on a personality of her own, and leave you hungry for more! Every stroke of the brush, or turn of the wrench, will leave your story with the engine and future generations of the crew and the public. It is not hard to be drawn into 534’s story! 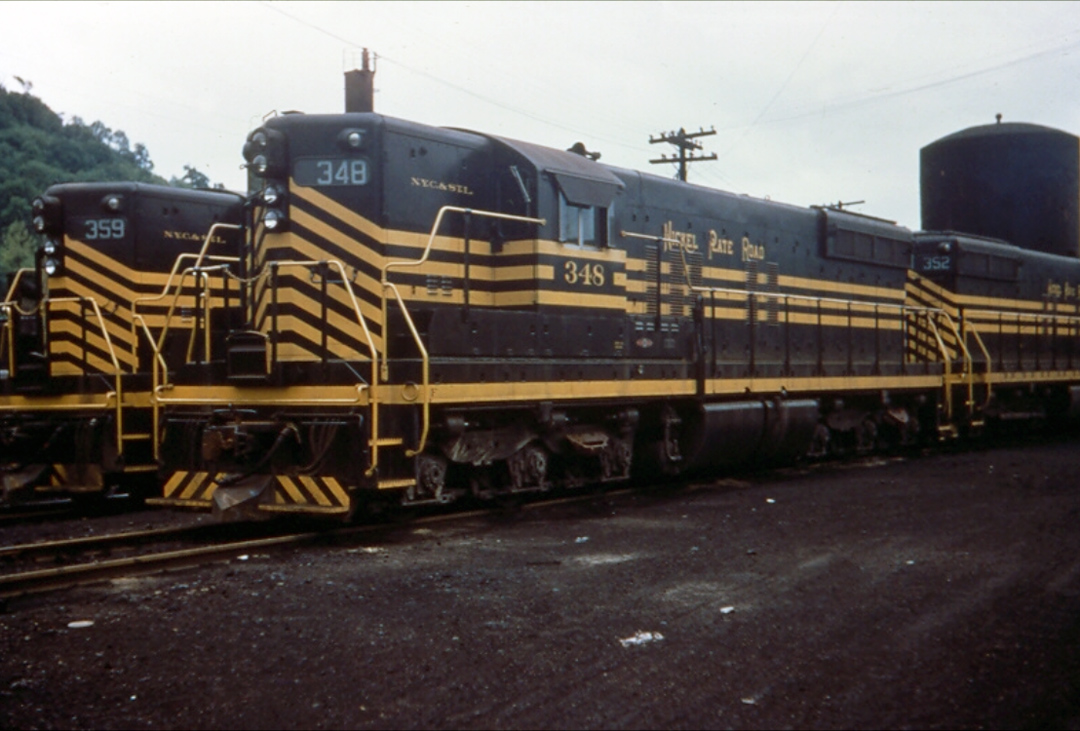 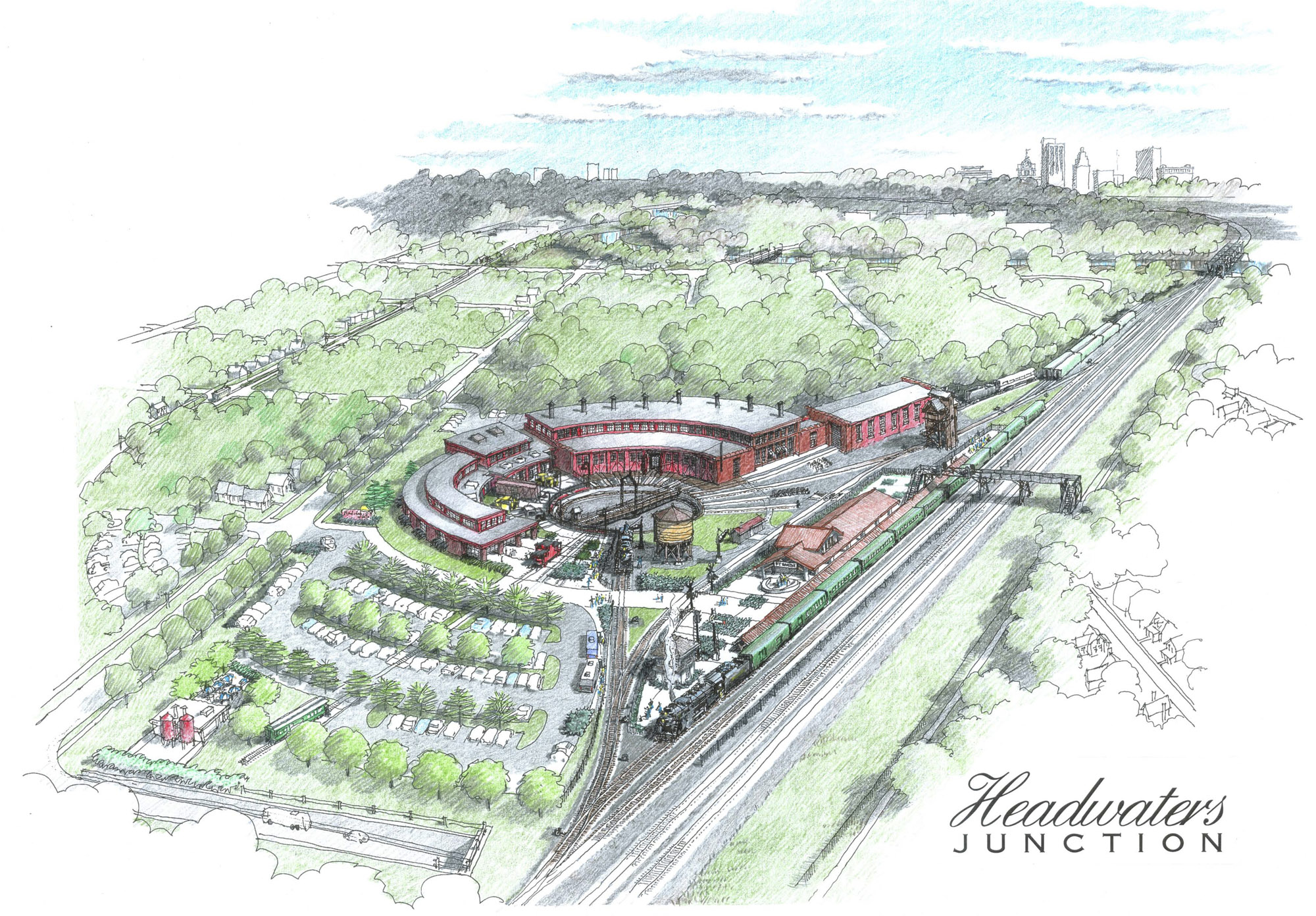