By Chris Homco December 1, 2019 Members Only

In cooperation with Horizon Rail Inc., owner of sister SD9 ex-NKP #343 that is leased to an aggregates company in the Cleveland area, the core Project 358 team made a reconnaissance trip to Cleveland to see this SD9 in person.  The 343 was in the same order of 20 that was delivered to the Nickel Plate Road in the Spring of 1957, and made it up through the Norfolk Southern years.  When the SD9s were being retired and sold or donated, the 343 found itself at Louis Dreyfus in their fleet of locomotives.   It eventually was then sold off to its current owner at Horizon Rail Inc.
This locomotive has much of the original circuitry and wiring as our 358 does, with a few modern upgrades it’s received, mainly from Horizon Rail.  But at the basics, the locomotive is on the same level as ours.  Having said that, this will make the final reassembly of 358 a bit easier, as we have a model to “cheat-sheet” from as needed.
#343 was in use today, but that didn’t slow us down, we were able to inspect the entire electrical cabinet front and back, looked over how various fuel and cooling components were set on the locomotive, and a few upgrades that we’ll do both in the short-term and eventually for others as well.
Hearing that 16-567C roots blown engine rev up, oh yeah….one word….motivation!
We took many photos today to reference and compare, many are already paying off as I’ve this evening quickly looked over a couple confirming a few things between the two locomotives.
I can’t help but think how awesome someday it’ll be to pair 358 with 343 and show these modern day “dash” and “AC” diesel locomotives how the old boys back in the day got it over the road.
Special thanks to Jon and Horizon Rail for their time and hospitality today.  Great to have their cooperation and support for this Project 358. 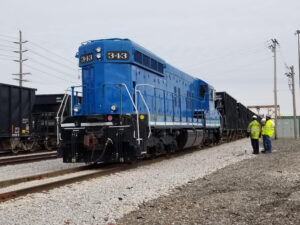 Into woodworking projects? Take your pick 🚂 🚧 🔨 The historic Craigville depot is being prepped for relocation/restoration and our Wabash caboose restoration is in the home stretch!

Click the link below to watch a special message from out friends @martystuarthq and Harry Stinson on the restoration of No. 576, “The Duchess!” #StripeHype 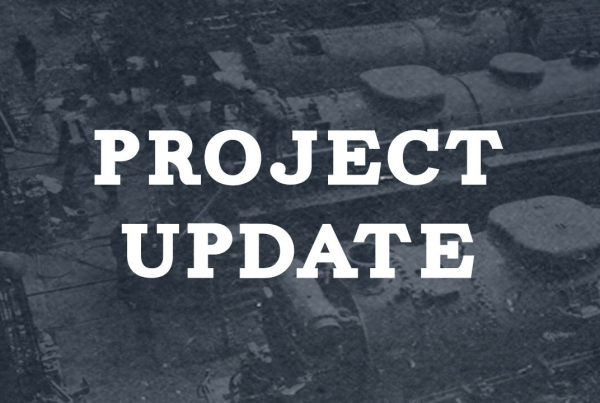