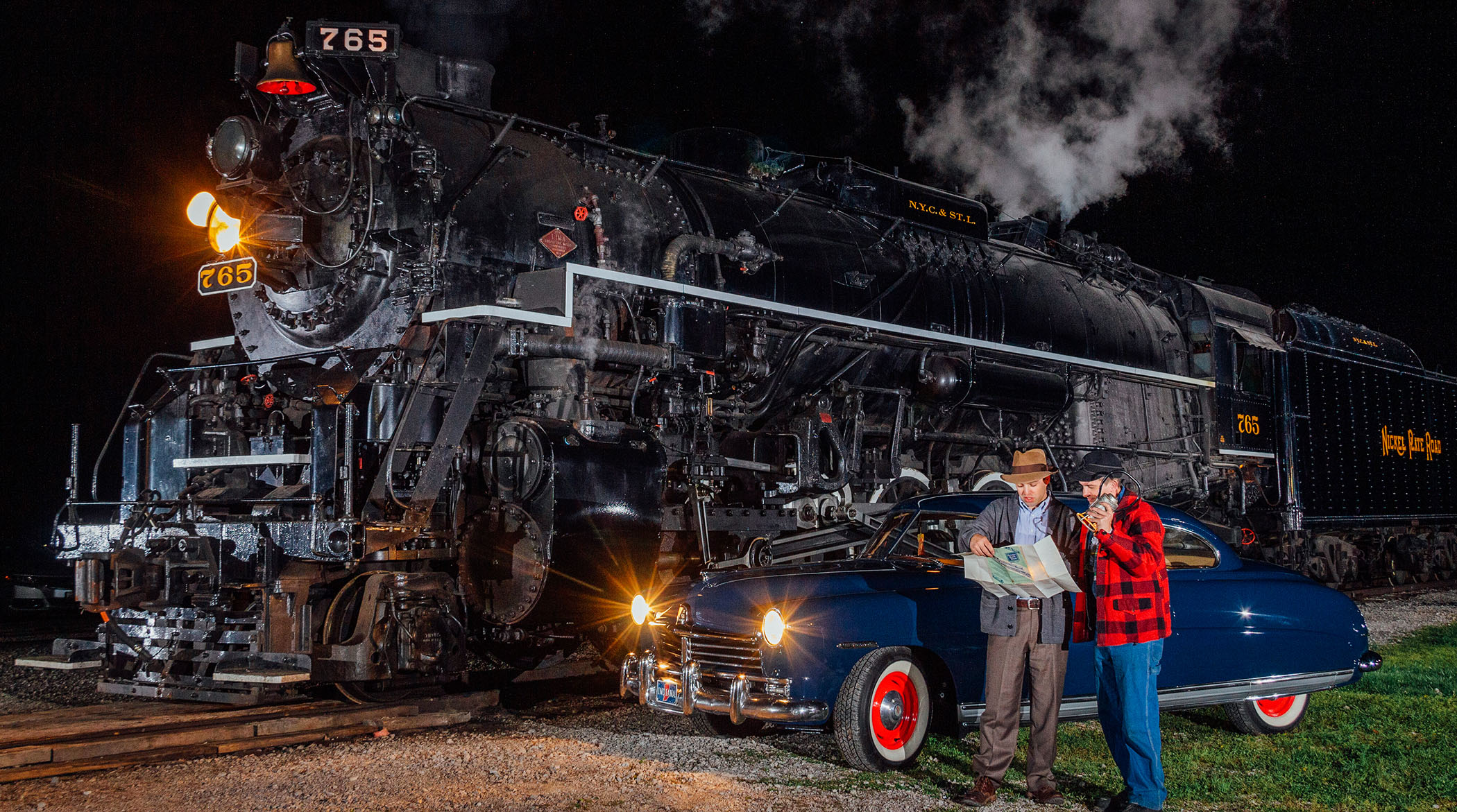 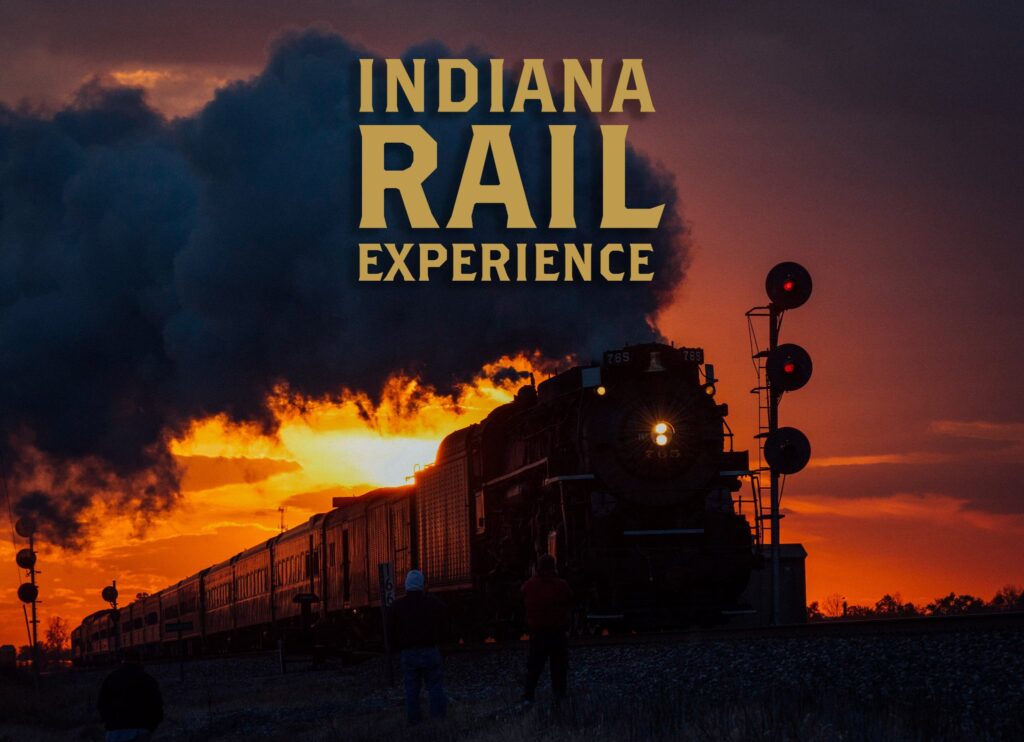 The Indiana Rail Experience will bring a number of distinct train rides, community events, and special occasions to families, railroad fans, and people of all ages in the region.

Over four weeks between July and October, historic steam locomotive no. 765 and a vintage passenger train will operate throughout Northeast Indiana. Ticket sales begin at 6:00 PM on June 7th at indianarailexperience.org.

Beat the heat, take a break from the lake, and enjoy complimentary ice cream on an hour-long train ride through the Indiana countryside. Our family-friendly passenger trains leave downtown Angola and depart four times daily. Tickets start at $15.00.

Revel in an exclusive 2.5-hour train ride aboard a first-class passenger train with the wine, whiskey, beer, cigars, hors d’oeuvres, and dessert of your choice. Guests will chase the magic hour into the evening and enjoy onboard entertainment during their trip. A selection of cigars will be available in our special open-air car. Guests may also charter an entire private car. Seats are reserved for passengers 21-years-of-age or older. Tickets start at $90.00.

This all-day, 100-mile train ride will treat railroad fans and passengers to a late summer trip from Edon, Ohio to Southeast Michigan for a three-hour layover in the historic downtown of Hillsdale. Upon arrival, guests can visit the local farmers’ market, and walking tours, and enjoy lunch on their own a variety of area restaurants. Deluxe Coach, Open Air, First Class, and Executive Class tickets are available. Select amenities include open window cars, open vestibules, onboard entertainment, and a photo runby. First Class and Executive Class tickets include complimentary appetizers and refreshments. Tickets start at $79.00.

Dress your vintage best and take a trip back in time to the 1940s aboard a steam-powered passenger train that departs Angola for a visit to a World War II troop camp, interact with re-enactors, and learn how the Greatest Generation and the railroads helped win the war. Before or after your trip, visit the Angola American History Days event near downtown Angola. Tickets start at $29.00.

Nickel Plate Road steam locomotive no. 765 and historic EMD diesels will power freight and passenger cars over the Indiana Northeastern between South Milford, Indiana, Edon, Ohio, and Hillsdale, Michigan. Featuring a night photo session, period actors, and vintage vehicles, the weekend will treat photographers to dramatic scenes of railroading on former Wabash and New York Central Railroad territory. Tickets are available by invitation only. Click here to join our waitlist.

The 2022 season of the Indiana Rail Experience will feature vintage passenger cars from the 1920s through the 1950s, including accommodations in deluxe coach, first-class, lounge, and executive class cars. The event will also feature the debut of the Fort Wayne Railroad Historical Society’s very own open-air car and dining/lounge car.

The Indiana Rail Experience is a partnership between the Fort Wayne Railroad Historical Society, Inc. and the Indiana Northeastern Railroad Company. Additional dates, times, and events may be added. Published times, dates, and details may be adjusted.